We are pleased to invite you to the opening of Sanja Iveković’s 2nd solo exhibition at the Gallery Rigo.
Opening, with the presence of the artist, on Friday 24 July 2020, at 9 pm.

The exhibition is accompanied by a special edition with texts by Zdenka Badovinac, Joanna Sokolowska, Jelena Vesić and Goran Trbuljak

Sanja Iveković had her first exhibition in the Rigo Gallery in May/June 1996. She exhibited a video installation Ne-stabilne slike (Un-stable images), which was also the title of the exhibition.
I was fascinated by her progressive work and thinking, because this small gallery and remote Novigrad were unable to fulfil all the requirements of her suggested concept. Regardless, Sanja Iveković did not give up and she did not surrender. With reciprocity and understanding, out of un-stable images a stable exhibition was born. One befitting the artist herself. Now, she is exhibiting in the Rigo Gallery for the second time, 24 years later and when the world is faced with a series of crises, which she inadvertently and correctly predicted in 1996, in a period of truly un-stable images, she is presenting her new works through a medium of synaesthesia of faces and words, which is also the topic of this publication. It is about media images produced in collaboration with the designer Sanja Bachrach Krištofić, in the form of intersubjectivity and the artist’s civilizational need for human solidarity. The texts by the artist’s curators and collaborators were written along those same lines. A unique addition is a distinctively Trbuljak’s approach to narrative about a decades-long acquaintanceship and friendship between Goran Trbuljak and the artist.
With her own works, Sanja Iveković has confirmed that contemporary art is indeed socially relevant and, if you will, an anti-power to the system whose relations are oriented towards control, subduing and profit. This time, as well as 24 years ago, she has proved that she does not give up and she does not surrender. On the contrary, her critical thinking and work still upset the viewers’ reality, whether with stable or un-stable images.

The title of the exhibition by Sanja Iveković, HomeWorks, evokes three kinds of work bound into the current moment of the global pandemic, the state of emergency and social isolation: homework as a school assignment to be done at home, work from home as a widespread and popular “office replacement” and housework, “work around the house” – traditionally female, invisible and unpaid labour. Working without the pressure of success or escaping from the art world in your twelve-hour domestic labour are some of the Advantages of a Woman Artist in Quarantine as per the title of Sanja Iveković’s poetic pamphlet, dedicated to the feminist group Guerilla Girls. Unlike the strike against patriarchal canons of art institutions conducted by this artprotest group, the “woman artist in quarantine” finds her advantage in the fact that she finally has more time to work after your gallerist forgets about you. Without the need for mediation of (institutional) authorities, she autonomously evaluates her activity and cynically concludes – after the principle all or nothing – that her works are either highly relevant or totally irrelevant. The doubt in epistemes and social postulates of the modern civilization and thus in the enlightening role of the institution of art is certainly an advantage of the “a woman artist in quarantine”.
Is not actually the quarantining of people we are subjected to today the final consequence of the over-confidence of the techno-capitalist expansion? What is the artist doing in quarantine? Essentially the same things as outside of the quarantine. She creates her works in relative self-isolation and “works from home”, living the “classic” of the epoch of cognitive capitalism – a system that by all means attempts to diminish production costs (by abolishing offices, social and communal gatherings, social recognition and care about individual work; by shortening the time for physical place changes but not for fast and toxic long distance travels by plane) – because it is necessary to produce, communicate and consume as fast and as much as possible. At the time of cognitive capitalism multitasking is salvation, while “losing time” is a sin.

Sanja Iveković was born in Zagreb, Croatia, where she currently lives and works. She was raised in Socialist Federal Republic of Yugoslavia and belongs to the artistic generation covered by the umbrella term “New Art Practice”, that emerged after ’68. Iveković has continuously contested the role of art in society through a wide range of media, at the points of intersection between gender, nation and class. Her work from the 1990s deals with the collapse of socialist regimes and the consequences of the triumph of capitalism and the market economy over living conditions, particularly of women. She has participated in numerous international biennials and major exhibitions, such as the 38th EVA International Biennial, Limerick (2018); Documenta 8, 11, 12 and 13, 14 (1987, 2002, 2007, 2012, 2017); Kiev Biennial, Kiev (2015); Artes Mundi, Cardif (2014); and the Istanbul Biennial (2009, 2007). She has had retrospective exhibitions at 1 Mira Madrid, Madrid (2019/20); DAAD Gallery, Berlin (2015); the South London Gallery/Calvert 22 (2012-2013); MUDAM, Luxembourg (2012); MoMA, New York (2011); BAK, Utrecht, and Van Abbemuseum, Eindhoven (2009.) 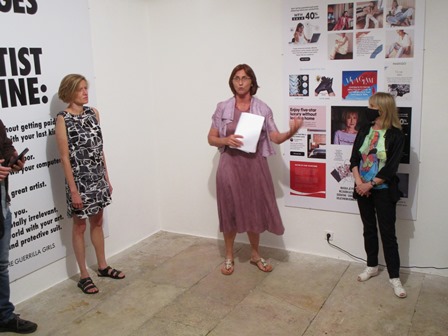 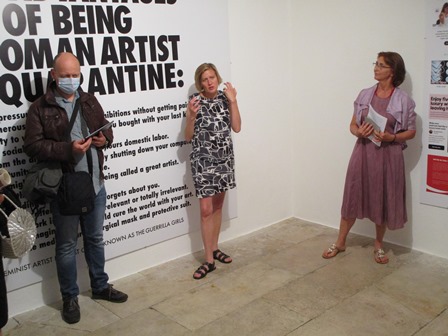 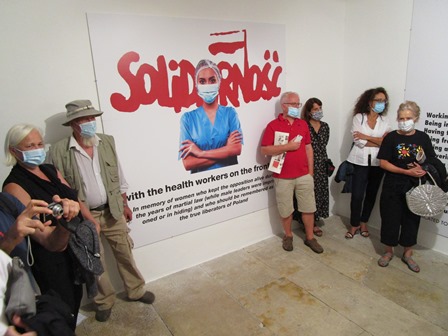 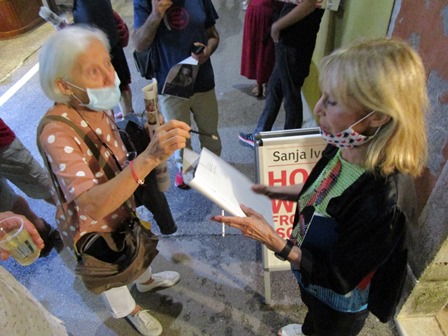 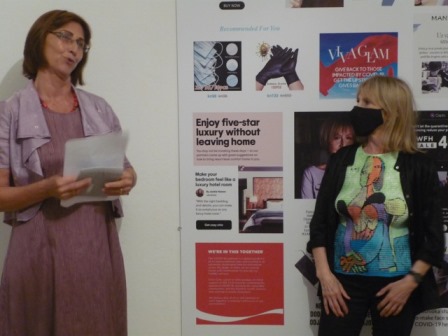 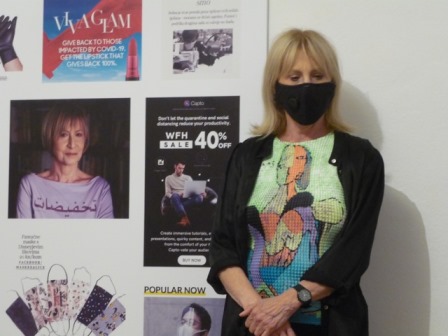 The project has been made possible through the support of the City of Novigrad – Cittanova, Region of Istria Administrative Department for Culture and the Ministry of Culture of the Republic of Croatia.

For your and our safety, during the visit to the Gallery Rigo we kindly ask you to follow these instructions:

– wear a face mask
– maintain a distance
– when entering the Gallery, use the hand disinfectant located at the entrance
– if you have respiratory problems such as cough and fever, please stay at home

Thank you for understanding.