The Research Centre for Romance Linguistics, University of Oxford

is pleased to invite you to the opening of the exhibition

50 years of the Istro-Romanian language: from the Oxford Hurren Collection to the ISTROX project 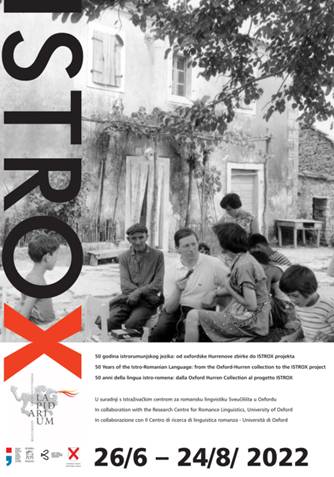 The ISTROX project has been developed since 2018 by the Faculty of Linguistics, Philology and Phonetics of the University of Oxford. The project combines linguistic research with the online and offline involvement of the Istro-Romanian community through fieldwork in Istria, the USA, and Australia. Istro-Romanian is probably the least researched living Romance language and therefore its phonology, morphology, syntax, and lexicon are of great interest to the academic linguistic community, especially linguists working on Romance languages. The project is built around a body of unpublished linguistic material collected by Tony (Antony) Hurren. 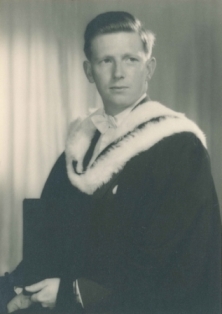 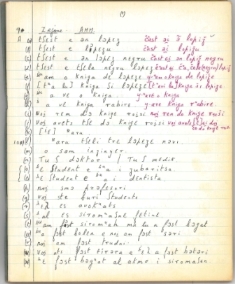 Tony Hurren, an English linguist who studied Istro-Romanian, taught at Oxford University in the 1970s. After his death, Hurren’s widow donated a large amount of unpublished material from his research on Istro-Romanian conducted in the summer of 1966 and 1967 in Istria, which including:

Istro-Romanian villages in the 1960s.

and / or translations of part of the audio material, as well aslinguistic questionnaires, information on

– a bound, but as yet unpublished grammar Istro-Romanian: functional phonology and grammar,

Members of the Istro-Romanian community from Žejane, Šušnjevica, Nova Vas and Letaj will also attend the opening of the exhibition.

Professor Martin Maiden, Director of the Research Centre for Romance Linguistics at the University of Oxford and Principal Investigator of the ISTROX project, will speak about the exhibition and the project.

The opening will be followed by a musical performance by the group GorrMarr (Goran Farkaš and Marijan Jelinić).